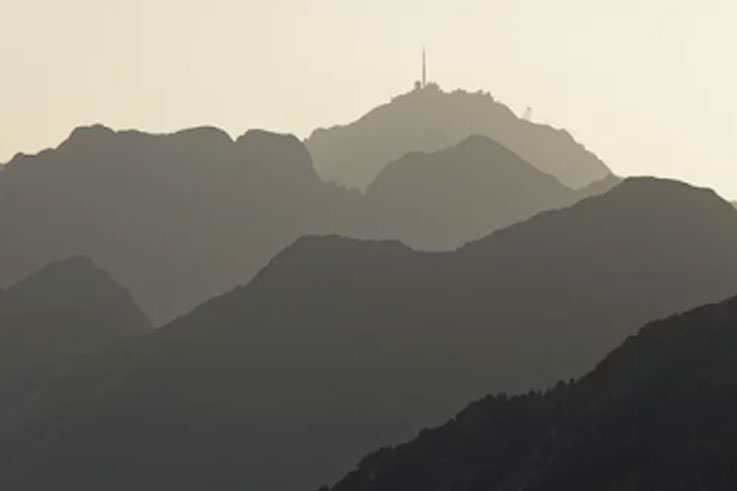 One of the most distinctive marks of a transformed chaplain is the fact that they are completely aware of their finiteness. They know and accept the fact that they are not solely responsible for the issues and problems faced by people and soldiers around them. This transformation can distinctly be broken down into two components – active and passive. The active component puts across the idea that a chaplain’s refusal to take on responsibility is intentional, while the passive component is a portrayal of the acceptance of their finiteness.

A passive component reflects the unambiguous awareness and acceptance of a chaplain’s finite situation. A few statements made by the chaplains that demonstrate their acceptance are as follows:

“I’m actually OK being powerless in some situations …I’m okay with God being the one that has the power.”

“I recognize I’m powerless … putting my trust in God … trusting in Him to intervene or not.”

“I understand what I can and cannot do. Realizing I don’t have the power to control circumstances. I can only do so much. On many occasions, I’ve wanted to be small ‘g’ god but have learned that I’m not small ‘g’ god, I’d be destroyed if I think I can fix everybody’s problem.”

An active component comprises a chaplain’s refusal to take total responsibility for the problems of soldiers. The idea has a great deal of similarity to that of realizing complete finiteness with a little difference. A few statements that demonstrate an active component are as follows:

“I’m not the one responsible to come up with answers.  My mindset … theology doesn’t allow me to get caught up in it … God’s involved.”

“It’s my role, in part, to connect soldiers to resources.  Once I’ve done everything in my power, I don’t carry the weight…I’m not God.”

“The person is responsible for their emotions, feelings.”

“I understand it doesn’t work because it is not our role.”

According to research, the feeling of powerlessness felt by chaplains were mostly during times when their counsel was not regarded or paid heed. In most cases, the chaplains had an idea of the right thing that needed to be done or the best way to handle a certain situation. The final call lay in the hands of a soldier or an individual concerned to accept the idea that would solve the situation and take them out of their misery. The chaplains often felt powerless and helpless when the soldiers paid no heed to their advice and had to face destruction at the end. In fact, the chaplains often came across cases where a certain soldier left the counseling session with a mindset similar to the one when they had entered.

At times, the expectations of a chaplain to make everything right becomes more of a universal factor. Nevertheless, during their transformation from the feeling of powerlessness, they get to a point where they accept the fact that it is not possible for them to change people completely. Participants are not always honest with themselves, even during a counselling session with the chaplain. They often tend to make themselves appear strong or are in a state of denial, where they deny experiencing the feeling of powerlessness. The most common reply received after further probing is that they prepare themselves mentally for the situation, which helps them evade it and not get caught up. However, the confession that stands out is their acceptance of the involvement of God.

While collecting data on this subject, it surfaced that the concept of recognition and acceptance of complete finiteness could be expressed in two specific ways. The first is the passive acceptance of finiteness. This specified that the chaplains had to walk through a path of struggle and finally realized that there are limits to their powers and the things they can do. The active form of recognition involved the chaplains refusing the responsibility to solve the problems of soldiers. This thought was mostly observed in chaplains who had once put in a substantial amount of thought to an idea or had fallen into the trap of feeling powerlessness numerous times. They were determined that they would not take on the burden of counselling another. They felt empathetic enough to know that they had their own limitations.

Initially, it appeared to be an absolute struggle to come to terms with the idea that the chaplains carelessly refused to have any kind of involvement in issues faced by soldiers. There were times when it felt like a person was literally uttering the words “Sorry, not my job” in an apathetic manner, while relentlessly hoping within oneself to come across an entity who seemed sympathetic enough to help. Nevertheless, it mostly led to understanding the difference between futility and apathy, where shaking off one’s responsibility did not come across as a mature move. There might be great possibilities of the fact that in certain crises, the chaplains are completely aware of the fact that there is nothing they might have done to change the situation, and thus, decided to save themselves a bit of grief.

Instances of the Realization

An instance that was of great help for the chaplains to understand the concept of finiteness was drawing a parallel with their commander. Drawing a parallel between a military commander and God was one of the best ways that allowed the chaplains to decide if they wanted to give out advice. They led themselves to realize that the commander was the one who made all the decisions. The army bestows commanders with authority that is not vested in other officers.

A chaplain once stated that he had to become more neutral when the realization dawned on him that all the actions took place under the commander’s authority. They were limited with guidelines that were sent from the higher authorities, which allowed them to make a choice regarding offering their advice. Though chaplains tend to be a helpful part of the process and make important recommendations, the major responsibilities lie in the hands of the commander.

The above analysis helped chaplains during and after their phase of transition and they were able to maintain a balance between being empathetic towards their subjects and discovering their own finiteness.

THE POWERLESSNESS PODCAST: I’m a Believer